Music: Grenade - Fire in the Hole by Andrew Haze

Another Sky by Yukihiro Kaneko

As a student and technology enthusiast I don’t have a lot of budget to buy equipment. But I’m always interested in experimenting with new technology. One of those experiments I’ve been doing for a while is producing videos with a cinematic look, on a budget. I bought my first DLSR in 2011 (Canon 550D) and installed Magic Lantern straight away. The fire-brigade shots in Pyro are from the 550D before I sold it. I bought the Canon 50D and briefly experimented with it for RAW recording with Magic Lantern, but that wasn’t the right camera for me.

Then I found video’s from Javier Sobremazas and Tom Beal that inspired me so much! They’ve been using a small and cheap Nikon 1 V1 camera to capture 4K RAW footage in really short burst shots. It would be a great experiment to capture and work with footage that looks so beautiful! I quickly bought the Nikon 1 V2 (second hand €350 with kit lens), a 128GB Komputerbay SD card and two adapters so I could use my fathers old Canon FD lenses (which didn’t work without corrective optics on my EOS camera’s) and the few old M42 lenses I had laying around. For little money I had a 4K RAW camera and already 7 lenses to use with it…

Of course the Nikon 1 V2’s RAW video capability is limited to a burst of 40 frames at a speed of 30 or 60 fps. So on a 24fps time line that would result in 80% or 40% speed compared to real time speed. And you can only capture 1.33 seconds of action at 30fps and 0.66 of a second at 60fps before the limit of 40 frames is reached. So it’s certainly not suitable for all subjects. But when I saw my friend Tim Boudewijns fire breathing on Facebook, I knew I wanted him to be in my short film.

I started thinking of a story, drew some storyboard sketches and asked Tim. He was interested so I borrowed my parents’ car and drove to Tim’s home. I was fairly sure that Tim’s home would be the perfect location for the shoot and knowing him I was sure he’d have the necessary attributes like clothing etc. for the film. So I arrived with just my camera, manual lenses (didn’t want to use the NIKKOR lens for this project), a tripod and a small lamp. We walked around the terrain and verified that my storyboard fit the location and material we had at hand. After some minor adjustments we started shooting the first scene inside Tim’s room.

Indoor shooting occasionally didn’t work very well. If I remember correctly the 60fps option caused light flickering issues at all shutter speeds and sometimes 30fps had flickering issues too. This is probably because The Netherlands is a PAL country, but 25fps and 50fps is not an option in the Nikon 1 camera.

Shooting outside worked much better. We shot most of the footage in the afternoon and all the fire shots during dusk or at night. It was summer so we had to wait quite a long while for it to be dark enough. With the Nikon 1 you can’t just hit record and start filming in 4K RAW. Timing is crucial when pressing the shutter. It’s really easy to miss the shot. For example, the moment when Tim flicks the lighter open while walking is shot at 60fps. It wasn’t easy to capture those 660 milliseconds at exactly the right moment. But the good thing about this limitation is that I started to think more carefully about my shots and that I was more focused. It’s also nice to not have very long takes in which to look for the good parts. All shots are less then 2 seconds when played back on the computer, so it’s quite easy to find and select everything. Having short takes also urged me to make a fast paced edit which I think turned out well for this film.

Even though the camera was mounted on a tripod, pressing the shutter button sometimes introduced camera shake. Because it was just Tim and me working on the film that day, we had to take turns to press the shutter button for scenes where we were both played in. So I had to stabilize the shots in After Effects, mask and combine the shots and re-introduce some camera shake to make it look less static. For the scenes in front of the house, this was no problem. But the fire breathing scene, where I am the victim, was rather problematic. I found out I didn’t have one single shot where I was standing long enough to receive the fire (so I had to use AE Pixel Motion to extend the shot) and because there was very little light in my shot (compared to the shot where Tim breathes fire) I was very noisy and lacking detail. So I should have used the lights we had to ‘simulate’ fire coming at me.

The Nikon 1 V2 shoots in 14 mega pixel. Which is even higher res than 4K. I wanted to be able to see which part of the frame was within the 4K window. I cut a 2.39:1 frame out of some red-translucent plastic which I taped to the back of the camera. It covers the part of the display that is outside the 4K window, but still allows me to see trough to see all the display info. This helped me to frame the shots and gave me room in post to re-frame. The overflow of resolution on the Nikon 1 V2 is a luxury and something I really didn’t have to worry about. But using manual lenses on a Nikon 1 camera is not that luxurious. The only option is full manual control. Aperture priority mode is disabled by Nikon. But worse, all metering stops working in Manual mode with a manual lens and the LCD has the annoying ‘auto gain’ which you can’t turn off. That means you can’t tell by the image on screen how your settings influence the exposure. To see the metering, you have to switch the mode dial to Aperture priority. There, you can see the metering values and a warning message that prevents you from taking a picture. If you remember the metering values you can then go back to manual mode and dial in the shutter speed. It was not a big problem for this shoot, but I’ll definitely buy a chip to use with my adapter in the future.

Obviously the camera doesn’t record sound in picture burst mode. That’s why I’ve used my Zoom H4n to record sound. But I should have recorded at the highest sample rate possible! None of the footage I shot is in real time, it’s all slower. So my sound should be slower too, but I recorded at a sample rate of 48kHz instead of 96kHz. Slowing down some sounds introduced artifacts which I could have avoided.

Before I can start editing the footage I have to do some preparations. First I imported all the .NEF RAW files to the computer. Then I sort them using the script below. Then I convert them to DNG using the Adobe DNG Converter. When that’s done I end up with a lot of folders, each containing 40 frames or less. Then I drag all these folders into GoPro Cineform Studio and convert them to Cineform RAW. This process isn’t so streamlined, because the conversion randomly fails at some folders. So I need to constantly watch the conversion and retry failed conversions. Another problem is that GoPro Cineform Studio doesn’t read the white balance from the DNG files. So I end up having to manually white balance each shot. But the great thing of Cineform is the speed of playback. I can playback my 14 mega pixel RAW videos in real time (at half res, but that’s fine) and use them in Premiere Pro. Premiere doesn’t support DNG sequences and even if it did (like After Effects) that would have been incredibly slow (about 1fps instead of 24fps with Cineform). I also like that I can make real-time color adjustments in Cineform without rendering. So I’ve done all the color grading in GoPro Studio.

This is a modified version of a Perl script by EOSHD user cantsin:

It took me a while to finish editing this film, because two weeks after the shoot I moved to Singapore to do my minor at the School of Arts, Design and Media at Nanyang Technological University. Luckily I could incorporate my film project in two courses: Design in Motion by Candice Ng and Sound for Film by PerMagnus Lindborg. This saved me time, because I didn’t have to work on two extra projects and I got some valuable feedback during the process.

For a long time it wasn’t clear which music I would use. I’ve listened to over a hundred Creative Commons licensed songs on SoundCloud, but couldn’t find anything suitable. Then, one day, this song appeared at the top of the Creative Commons group page: Grenade - Fire In The Hole by Andrew Haze. The song is not new, so I didn’t know why it suddenly appeared at the top but since the title looked very promising for my topic I immediately listened to it. It was exactly what I have been looking for! Rhythmic, harsh and with screaming. I put it in my Premiere time line and started to adjust the cuts to the beat of the music. But to better integrate the music with the film I had to have separate tracks, the drum, the guitar, the bass and the vocals. So I reached out to Andrew and he replied right away with a lot of enthusiasm!

Some fellow students asked me what camera I used to achieve such a film like feel and were surprised it was shot on such a small camera. They never thought the Nikon 1 could produce something like that! So I think I have succeeded in my experiment :)

I’d definitely recommend a Nikon 1 V2 camera to people who would like to experiment with RAW or 4K footage, if you can buy one cheap enough. Tom Beal has shown that you can get really nice landscape/nature films by using Twixtor or Pixel Motion in After Effects (I’ll be making something like that myself in a few months). I’d recommend the Nikon 1 V2 over the V1 because with the V2 you can take another burst after waiting for about 10 seconds. With the V1 you have to wait about a minute. The increased resolution in my opinion is a plus too. You can still reframe a bit in post while maintaining 4K native resolution.

The regular video mode is really bad on the Nikon 1 system though. Video quality is alright, but there is no 25fps or 24fps option, just 30fps or 60fps interlaced. So I will need another camera to intercut video with the 4K RAW burst shots from the Nikon 1, for which I really want a 24fps timeline. I was thinking of the Panasonic LX100… For little money you can also have a nice collection of lenses. I now have the Nikkor 1 18.5mm f1.8, the Nikkor 1 10-30mm and 30-110mm kit lenses and the manual FD and M42 lenses to use on the Nikon 1. For me to have so many nice lenses on a Canon EOS camera would have cost me much more than I can afford right now. For photography I’m satisfied with the Nikon 1 but I will definitely buy the AF/EXP chip for using manual lenses on the Nikon 1. It’s a real pain that Nikon crippled the use of manual lenses on the system so much. 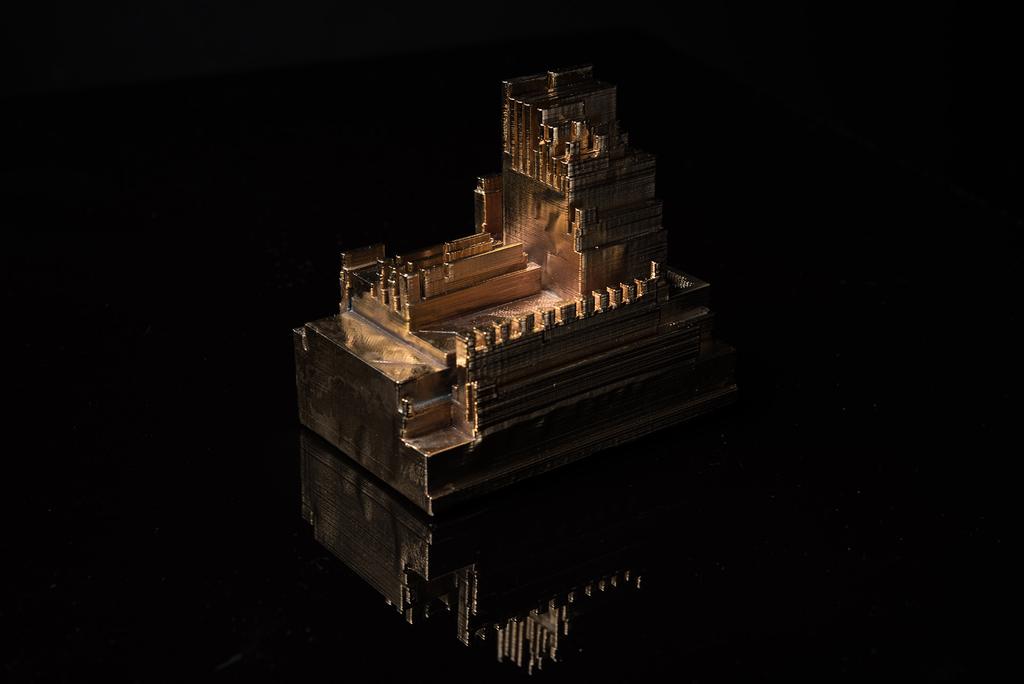 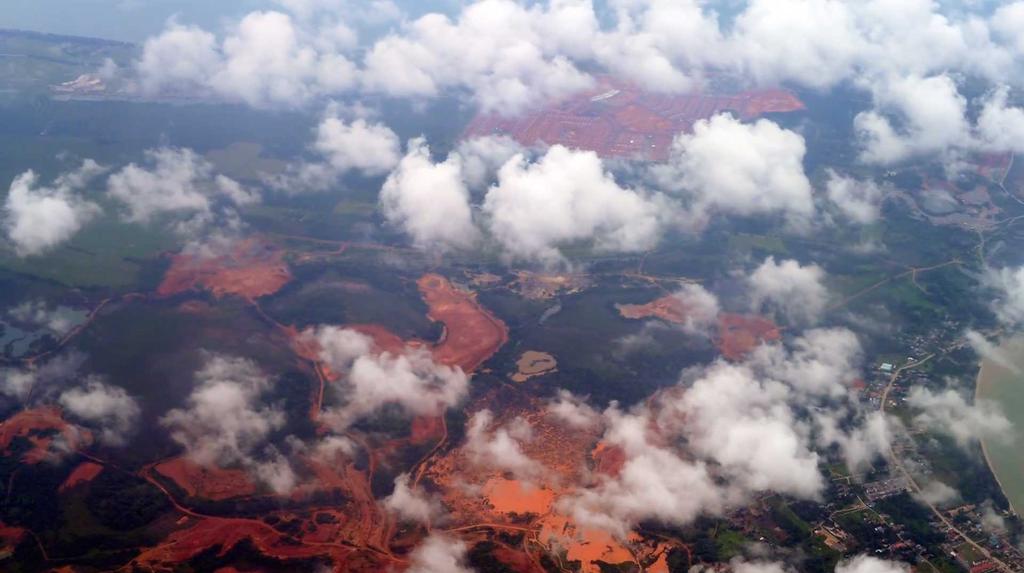 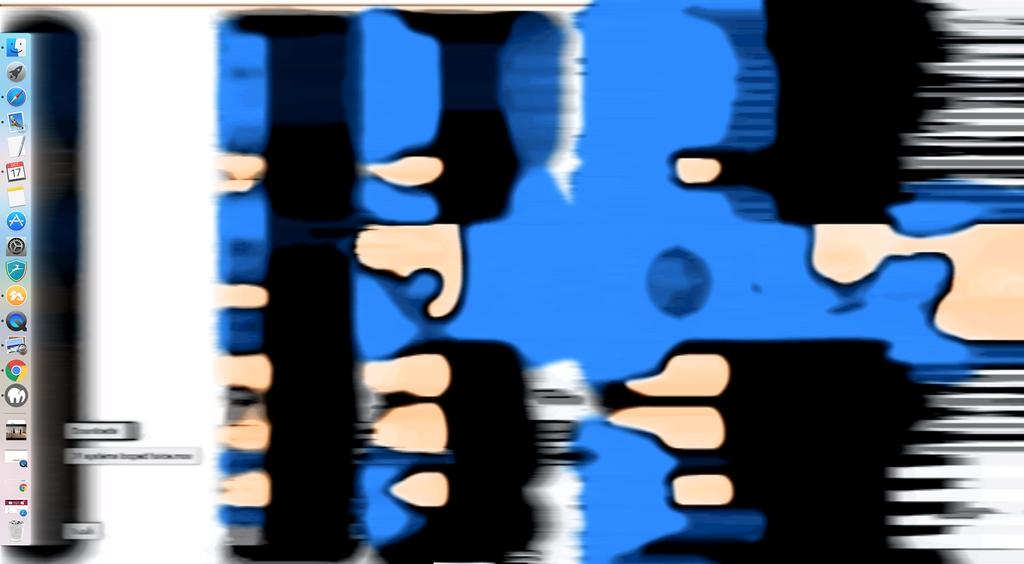